Seriously, Lena, put a fucking towel down or something.

Holy crap. I have been looking for this little nugget of television for years.

As a kid, I watched an anthology TV ep that scared the pants off me so well that, even at like age 7 or whatever I was at the time, I passed through terror and came all the way back around to admiring the shit out of the storytelling.

Then I forgot about it for most of my adolescence.

But every once in a while, it pops into my brain, and within the last decade, it seemed like something I should be able to track down, what with the interwebs and all. Here are the details I could remember:

Yet I was thwarted, every google.

Then today, in the midst of a British comedy-panel podcast binge, someone described this exact story as portrayed in an Alfred Hitchcock show.

HOLY FUCK HOW DID I NEVER GOOGLE HITCHCOCK.

Turns out it’s an 80s-tastic reboot of a 1964 episode, and OK, you can maybe-probably guess the terrifying last-second plot twist, but it blew my wee little brain back then, and like any quality scary story, even if it’s predictable, it still bears retelling. Knowing (or figuring out) the ending doesn’t spare you the intensity of the experience.

Give it a watch, won’t you? Filtered through my acknowledgement that it’s 30 years old, I think holds up well. It suffers from some mid-80s TV-as-an-art-form style issues, but even cinematically, they do some things here that filmmakers these days are still fucking up.

Alfie’s intro: I…do not understand. It seems to be maaaaasssively misogynistic, with the “wives peek in from the kitchen” bit and the woman…stripping…behind him? But I maybe it’s all part of the tongue-in-cheek gag? I, uh…y’know what? Let’s just get on with the story.

Scene: a courtroom, “Lena” being found guilty of murder in the first. “I’m sorry, your honor, could you repeat that? I couldn’t hear you over my MASSIVE SHOULDER PADS.”

According to IMDb, Lena is played by Season Hubley, who was once married to Kurt Russell. So there you go.

Oh! She’s a cunt! She’s very much a cunt. I’d totally forgotten. All this time I’d thought she was just pathetic. This is good texturing.

Scene: the confiscation of her possessions. Enter the Golden Lighter of Meaning, which will go off in the second act because it’s pronouncedly absent in the third. That’s some fan-fucking-tastic Chekhovian yoga when you think about it. (Don’t think about it too hard.) (EDITED TO ADD: Although…if they’d worked in somehow that she’d gotten the lighter back and had it in her possession for the final scene, it may have been even more powerful. Hold please, I’m fixing Hitchcock.)

Lena and her wet hair just kicking back on the bottom bunk bothers me more than anything else in this episode. Cellie seeeeeriously needs to be like, “Bitch, get off my mattress.”

Scene: Lena tries to “charm” Shirley the Olive-Skinned Queen of the Prisoners (played by steely-faced Irishwoman-by-way-of-San Diego Patrice Donnelly, 5’9”), who is now in possession of the Golden Lighter of Meaning. Lena has all the flirting game of Noel Shempsky. Shirley, on the other hand, has a wicked left hook.

Enter Doc (played by Davis Roberts, the Morgan Freeman of Mobile, Alabama) and his vague coffin duties. Unnecessary Wood Planing is the most overused bit of carpentry business. Artisan fucking bespoke DOC caskets hand-made by a caring and sensitive blind man? Why escape? I’ll bet the canapés in the mess are to die for.

“They’re all idiots,” Lena mutters to herself while attempting a prison escape inspired by the children in a Tide commercial.

“I’ve been thrown in solitary in better places than this!” Yeah, OK, Lena. “Good one.”

Wowsa, for a minute there I thought that ass-kicking scene was going to get rapey. That was some intense woman-on-woman violence. I like to think Ms. Hubley got all method and kept fighting back too hard so Ms. Donnelly (who is now, per IMDb, a personal trainer) finally had to kick her ass for real.

Scene: the infirmary. Why is Doc, Master Casketeer, hanging out the clinic? CASING HIS NEXT “CLIENTS,” PERHAPS?

Oh my. I could’ve sworn I heard, “My husband used to work with black kids.” BLIND. She said “blind kids.” Thank you for not being THAT bad, 1985.

Oooooooh, that broken glasses/“Let me read to you the letter that reveals whether or not you’ve received funding for your eye surgery” shit is proper devious. Respect.

Playing up the awfulness of climbing into a coffin that already contains a corpse is a great move. Excellent misdirection. Same for how relaxed she is when she hears the dirt hitting the lid. Jesus. Makes my palms sweat.

Slow descent into panic, natch. Jerk-laughing “Who do you think you are?” to the corpse is both sinister and totally on point for that character.

Aaaand here comes the reveal. Man, acting in a confined space with a lit match deserves its own award. (Though fire in a limited-oxygen situation is dumb. WHO’S AN IDIOT NOW, LENA?)

And there it is. Points for the screams (I’ve always thought full-throated screaming is an admirable talent that not all actors can commit to) and for the simultaneous stillness of the corpse. Yep, still gives me chills.

10 Short Letters from Me

Thank you for not hitting me as I rode my bike back from Publix. In return, I offer you this observation: I should not be able to smell your cologne outside of your car.

The Bicyclist with a Bourbon Bottle Sticking Out of Her Backpack

I’ve decided I shall throw a party in celebration of the completion of the puzzle I’m working on. No need to worry about disturbing the vacationneighbors; it’s going to be fucking June before I get this shit done.

Dear Alex Trebek and the peacocks,

Person Who Shouts at Animals and the TV

P.S. If you run in front of my car again, I’m not braking. For any of you.

To the Angry German pedestrian on St. Armands:

To answer your question, although it seems it should have been apparent, no, I am not going to stop for you. First and foremost, you were not near enough to the road warrant stopping; had I glided right through, you would not have had to break stride, as I would have been past the crosswalk already. Secondly, I regret that I had to stop on the crosswalk in your presence, but you see, I’d just gotten cut off by a motherfucking horse-drawn carriage that did not yield appropriately. I thought you might have noticed that, being a horse’s ass yourself.

Still, I was in the process of offering you a conciliatory wave when you threw your arms up in the air and began expressing your assholeishness in a vocal manner. This, and not any innate character flaw on my part, is why I told you to fuck off.

P.S. Way to stand in the middle of the road and yell at me like a crazy old fart as I drove off. I hope that horse shit on you.

I know we’ve had our differences, but…I love you. It’s not about the money.

Except, well, actually, it is, yeah. But that doesn’t make my love any less real.

Thanks for the refund,

Honey. No. Stop licking the floor.

Dear Awesome People Behind the Counters of Various Downtown Sarasota Businesses (You Know Who You Are),

You are awesome. Everybody thinks so. We talk about it all the time. You greet us so warmly—many of you even remember our names—offer us the best service, make small talk without being cheesy about it. You even forgive us when we come up short, or say things like “Just get us next time” when we try to pay for a $1 soda with a credit card.

You are a ray of sunshine on a cloudy day. And on sunshiny days? Forget about it. We appreciate ya.

Please do not be alarmed that I listened to the Lawrence Wright Scientology interview on NPR and then immediately listened to it again on the interwebs. I simply appreciate public radio. Do not report this, or you will be declared a Potential Trouble Source.

Hey, Lady at the Gym,

The stairmill is less effective if you prop yourself up on the handrail so your legs aren’t bearing any weight. Why not get some parallel bars and stay home? Just sayin’.

The Sweatmonster Next to You

P.S. I know it’s a locker room, but…just…stop being naked.

Please don’t die. I don’t know what you want. Open up to me.  I’ve tried being there for you. I’ve tried giving you your space. Nothing makes you happy. Believe me when I tell you that you’re a very special flower. Please. Let’s work on this together.

So we’ve decided we’d like to make our little UFC gathering on Saturday a bit more of an event. C’mon over, we’ve got a guaranteed tensome. There hasn’t been a fight in a while, first of all, and this one promises to be another satisfyingly bloody embarrassment for one of our favorite jerkoffs. 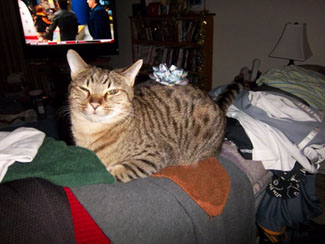 We’re thinking the standards–some beer, some booze, maybe some nachos? Something like that. Sound good? See you there? It’s going to be a Deelio-riffic Big J/Little J/Krazy K kind of group. You know you don’t want to miss that.

(Seriously: Jon Jones has almost a 10-inch reach advantage on Rashad Evans. This is going to be epic, as the kids say.) 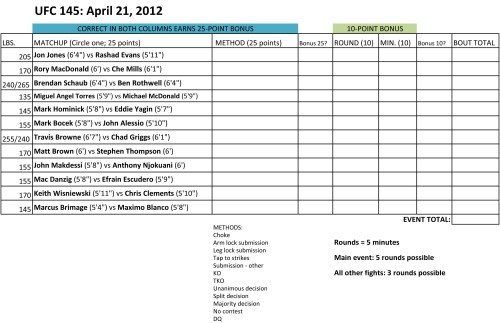 If you can’t come, you can still play along at home. Here’s how it works:

Drink a Four Loko. Then a beer. Fill out your sheet. Wait for the fights to start. (Drink another beer.)

Watch your third pick take a widdle nappy-nap on the canvas. Submit to the appropriateness of two-fisting while watching combat sports.

Watch fourth fight. Check your picks. Ponder why you picked “Round 8, minute 3r1rsosfjsmmmthhfhrss” in a three-round fight. Give yourself 10 bonus points. For being awesome.

Watch fifth fight. Ponder how the cat has more correct picks than you do. Edit your sheet to declare Joe “Rogaine” Rogan the loser in every fight. 10 more bonus points.

Discover half-finished beer behind a book shelf. Go ahead and assume it’s yours.

Watch…wait, which fight is this?

Eat pizza off game sheet. Ponder why pizza has more correct picks than you do.

Declare yourself the new Official Voice of the Octagon. “IiiiiiiiiiiiiIIIIIIt’s TIIIIIIIIIIIME!!!!!”

Make yourself some hot tea with lemon. And honey. And…blue curacao? 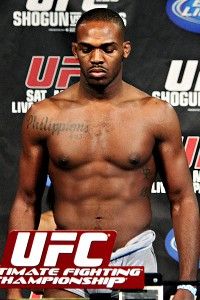 Wake up to Mike Goldberg shouting “IT’S ALL OVER!” Assume he’s got a point there. Apologize to cat.

Tagged as blood, one of THOSE nights, stolen comedy concepts, UFC