I Hope You Pants

I hope your trousers suit you well as public speaker,

You’re never bullied into heals when you’ve got sneakers.

May you never take an ankle sock for granted.

God forbid you ever leave your hair unbanded.

I hope you still feel hot when rocking jeans and t-shirt.

Whenever someone mocks flip-flops, you’ll never be hurt.

Promise me that you’ll give hats a fighting chance.

I hope you pants.

I hope you never fear those workouts in the distance,

Always balance your aerobic with resistance.

All your heft will carry weight, but it’s worth bearing;

Playing sports will lead to bruises, they’re worth sharing.

I hope you still stand tall when surrounded by the shorter,

Whenever someone orders wine, you’ll have a porter.

Give your laurels more than just a passing glance,

I hope you pants. 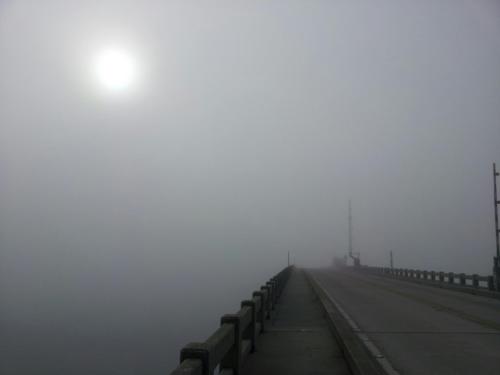 One-hundred and seventeen nights on this island. I still wasn’t used to living alone.

Well. The house was nice, at least. A gentle presence during my move-in interim; a warm welcome through the door jambs. It put up little fight, this house, to my frantic fitting of coat hooks, of spice racks, night lights into its heights, into its orifices. Polite. An old stone-and-wood structure, much accustomed to humans and our awful, post-traumatic nesting propensity.

Its patience only pricked my failure: a child lost, a marriage to follow. An inability to keep people safe inside me.

And so I tended to ignore the house’s affections, I’m afraid. Overlooked its kindnesses. I saw only neglected duties—the overgrown walkway, the pipes beset by roots, clogged by clots, enfeebled. In its closets, after mere weeks, all my suits had gone to mildew. The house had gotten lazy, I assumed; distracted by its own proximity to the shore.

We’d planned to call the baby Penelope, she and I, hands clasped, ensorcelled by the squiggly scan. Little Penny.

Stillness is the most awful form of leaving. Still. The child had left before we really met her. And then I left, too, not far behind. In the end, really, I was the only one who’d moved.

That one-hundred and seventeenth day still tried to track along my new routine: a mouthful of morning-breath brine. Creaking back. Cracking ankles. Fine. Sleepy hobble to the bathroom, my bare feet leaving warm, wet prints on the clay tile. From the floor, the house tugged fondly at each step, held the impression for a moment before it smoothed itself over, became indistinct again. The softening, exhausted structure still trying to be supportive, even as it sank.

What she might’ve looked like, our Penny. Fierce and salty. The way I saw her sometimes, disintegrating in the fog from my own faulty banks. So many days since I last squinted, smiling, to make out her outline in the doctor’s conical scan. Now I looked for her tiny features in the bathroom mirror. Hips braced against Formica, I stretched my face into grotesque expressions, struggled to see us through the condensation.

Well, I thought. Here we are.

I tottered down the hall, past box after box of my life’s detritus. Three decades of wrack, still packed. Skeletal sand-dollars, dulled sea-glass bracelets, some awful platitude wall-hanging etched in faux-weathered wood: The cure for anything is saltwater—a housewarming present from concerned friends, those prospective channel markers for my new, unwanted independence.

“I don’t plan to wallow,” I’d snapped upon unwrapping. The gifted trinket had now sat two months neglected, its bottom edge swollen by the damp.

I don’t see them much anymore, my friends. The day’s agenda eludes me.

It was supposed to be healing, this outpost. A quiet cottage on a narrow road, six blocks from shore to shore. Soothing, they’d said. But I had come to suspect that the sea had more sinister intentions.

Outside, at all hours, the eaves dripped a slow, uneven drumbeat of off-weighted metronomes, not rain so much as fog transformed, ticking limped rhythms, all those little droplets headed downward. Out here on the island, melting seemed the natural order of matter. The setting seeped in all directions. Wood, glass, asphalt, air—every substance turned itself inside out with weeping.

In the corner of the tiny kitchen, I dusted sand from atop the pot, made thick, drip coffee. Poured the muddy brew into the mug, clasped my hands and cozied over the cup. The burst of steam stirred the living room’s mist upward and around. I shuffled to the couch, sat with a squish into damp cushions, like diapers to be dealt with.

This asshole house, I thought.

A grainy layer of sand sat, too, atop the coffee table, dusting the magazines, accumulated in tiny dunes against the remote.

“You,” I wrote in the grit with an index finger, “deserve this.”

At slackwater, mid-afternoon, the mailman trundled up in his little truck, pulled open the aluminum door, set coupon sheets and credit card invitations into the cubbyhole and closed the box. Rippled tiny wake as he drove away, casting back a glare for his waterlogged route wasted on generic correspondence, as if to say: I came all this way.

I couldn’t be bothered, but to fret at the folly of my forwarding address.

That one-hundred-and-seventeenth night, a storm rolled over the island, stuck its bristles into the dark. From the couch, sipping a second scotch, I watched as colored light from a car lot TV commercial flickered in the window against the periodic pierce of lightning outside. Over and over, white foam appeared, slipped down the glass like lace, sunk slow, in a line, and then waited low for another wave. Nothing but pitch black beyond the froth.

I crept to bed and fell asleep amid the torrent, rocking.

I awoke matted. Day one-one-eight: seaweed and salty hair stuck to the pillow, the mattress and most of my bottom half buried in the night, still and warm under insulating sand. I pulled my legs from the heaps of bed-drift dune, put my feet down into the chill of wave wash, ankle-deep.

–and then set my teeth with a crunch: shells.

In the bathroom I brushed them anyway, spat shards—coquina, cowrie, scallop, Aquafresh. The sink’s sandy bottom suspended foam saliva for a moment, then absorbed. Within the froth, tiny clams wriggling to cover themselves.

Why is this happening? I pestered the leaking ceiling seams, the soggy mat, the flooded sconces. Where are we supposed to go? I attempted to mop, to sop up the spot where the coffee table had been. I stirred puddles.

The house resigned, sighed and settled, curled further into its corners.

This time, the mailman emerged from the haze already rolling his eyes at the deluge, stuffed the box anyway with envelopes and magazines that were, even in his hands, soaked through, disintegrating. Half-submerged, his truck shuddered and stopped, spat back to life and limped away into the fog, landward. He left with yet another sour look: See what you’ve done.

The house, now unconscious, no longer sensed its surroundings.

I thought to wade out to the box, to fish out its contents or at least scoop the scraps, but I stopped at the stoop. I couldn’t see the street for whitecaps.

I’ve lost her face. I thought. She’s not due for another 22 weeks, I thought. Every day the deadline stretching forever in front of me, unreachable.

Still, she should be here, I thought. I thought, more coffee?

The house went quietly that night. It drifted off to the thrum of laundry tumbling.

I’d been knelt by the dryer, swearing into the barrel of hot, sodden clothes. The seawater snuck in at my knees, crept up my thighs like teenage advances. Then a crest came, crashed icy-cold over the small of my back—made me wince in an arch—and swept me off my moorings. I clung first to the appliance, then shelves, doorjamb, threshold. But my fingers and the things they gripped were already wrinkling away. I succumbed to the undertoe.

Helpless, sure, but we’ll be fine, I thought, supine. From the rush of water I watched as the house’s walls dissolved. The lone laundry room lightbulb above me spread itself thin, disintegrated into sheen and darkness, a sheet of starlight.

Lips pursed the surface, eyes lapped by saltwater, I saw my own jetsam float past—multicolored rubber bracelets, a lone left sandal. I flashed on driftwood platitudes, on shifting outlooks. No need for that anymore, I thought, my limbs expanding, absorbing, dissolving into the brack. No need for those either.

I looked up at the wavering firmament, picked a wet, wriggling star to wish upon, and splashed a smile from underneath, admiring its sparkle. I could almost see her now.

It’s warmer than I thought.

I saw the ripples as I became them, shifted and twisted myself translucent, shrugged off solid lines in exchange for infinite fluidity.

I exhaled a final breath of warm brine. I could get used to you, I sighed, an eddy into the depths. This isn’t so bad, after all.